Jennifer and Kenny of SEAS here with your update from DAY TWELVE of the hearings. We’ve been following along virtually for the past few weeks, and today was our first time attending. Since we’ve never been to one of these before, we were interested to see what they were about, and wanted to come support GET-UP grad witnesses. 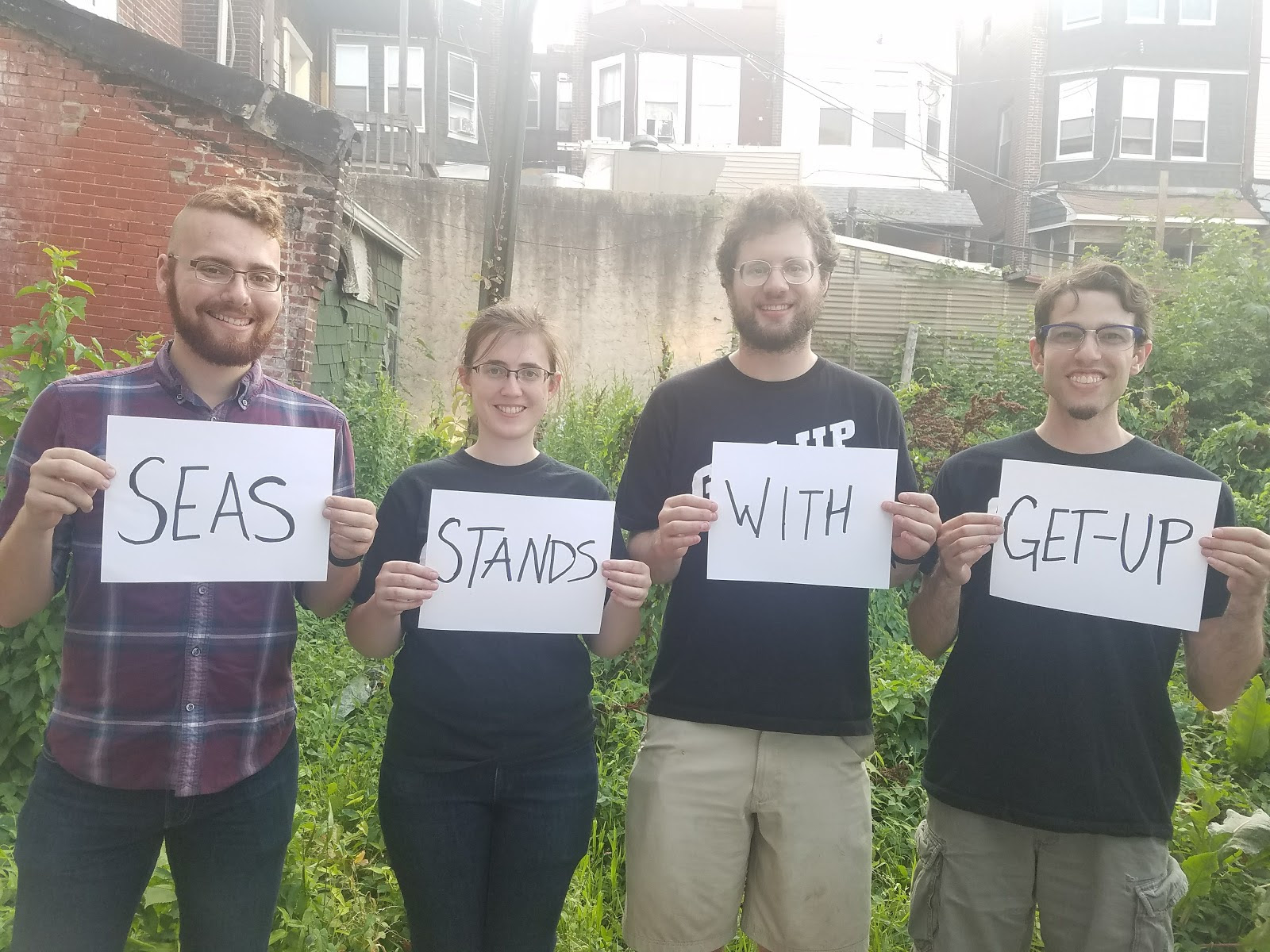 Three grad student workers testified over the course of the day: Rosie Clark (Annenberg), Allison Russell (Social Policy and Practice), and Ozan Kiratli (SAS/Biology). GET-UP’s lawyers went first, and established Rosie, Allison, and Ozan’s entire work histories. Penn’s lawyers then repeated the same questions — at least twice. They also went over in detail these grads’ teaching, research, and CV’s. (Actually, they declined to question Ozan about his CV, perhaps because all of his teaching is listed as “work experience.”) As always, Penn’s lawyers were trying to prove that our work is not work.

The overall feeling we got from the administration’s lawyers was extreme condescension. We felt like they were devaluing the witnesses, and by extension, all of us, as workers and even as adults. The administration’s lawyers implied over and over again that our work is not real — but everyone’s testimony made clear that when we leave Penn, we leave behind a treasure trove of research and knowledge (or in Ozan’s case, a library of flies) for future researchers. We know that the university doesn’t work without our work, and the witnesses today proved that yet again.

We were also struck today by the disparity in working conditions and compensation levels between programs. We had no idea that grads in SP2 don’t receive summer funding. Learning about other grads’ experiences is one of the most empowering things that has come out of GET-UP. We stand in solidarity with the grad witnesses who testified today from Annenberg, SP2, and Biology, along with all grads at Penn. Because we know that when their conditions improve – when their voices are amplified – we are all stronger and more secure.

We in SEAS stand with GET-UP. And we thank Rosie, Allison, and Ozan for their courage and honesty today. If you haven’t done so yet, show us you stand with GET-UP too by signing the public pledge to vote yes for a union!

P.S. Kenny got on the admin’s lawyers’ nerves with his loud typing whilst live-tweeting. He regrets nothing.