Today, it was our turn. After two weeks of listening to administrators explain to us that we are not workers, that the work we do is only for our own benefit, and that we do not have the right to unionize, we were able to take the stand to set the record straight. 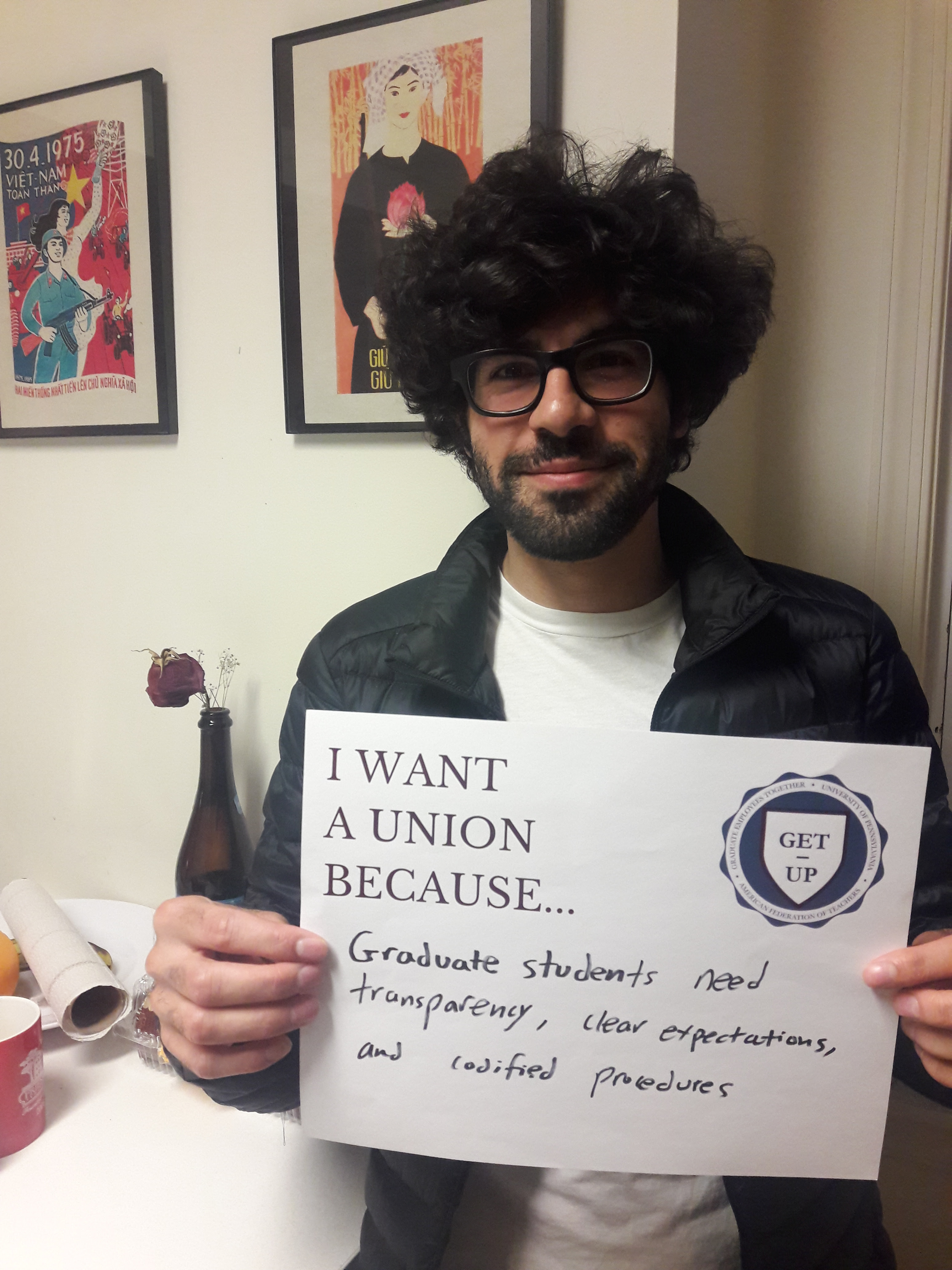 Ballard Spahr came out swinging. Two partners threw everything they had against us. Before we could even call our witnesses, they vociferously demanded that all graduate students had to waive their FERPA rights in order to testify. In layman’s terms, they wanted us to waive the confidentiality restriction on our academic and financial records, which normally cannot be shared by the University. If we agreed, we’d have to surrender everything from our tax returns to our academic transcripts before we could even take the stand.

But we fought back. Our lawyer argued that just because we are exercising our right to collective bargaining does not mean that we waive our other federally recognized rights. Sitting in the hearing room, listening to this back-and-forth, and struck by the exceedingly disrespectful tone of the Ballard Spahr partner arguing with our lawyer, it was very clear their primary goal in all this was to intimidate us. Trying to force us to relinquish our rights in order to testify is a thinly veiled attempt to intimidate us out of testifying at all.

When that failed, Penn lawyers pushed for compromise, which allowed them to use some of our records. They went through Danielle’s transcript. They somehow dug up Salar’s CV, scrutinizing it line by line, hoping to trip us up. They tried to put words in our mouths, hoping to rework our explanations of teaching as mere “career development” instead of work. But Danielle, who testified first, pushed back. Carefully cataloguing her extensive work experiences at Penn, she once again showed that we are both students and workers.

Stumped, the Ballard Spahr partners turned to obfuscation. When Salar, who testified next, asked for clarification, they responded with condescension: “The great thing about this hearing, Dr. Mohandesi, is that I get to ask the questions, not you.” At that point, the tension in the room, high all afternoon, reached a fever pitch. While revisiting Salar’s teaching record, including multiple award-winning semesters, the admin’s lawyer was visibly frustrated by his inability to make the witness bend to his will. When Salar refused to back down, stating again and again that the teaching requirements in the History department were convoluted, the admin’s lawyer, clearly agitated, shouted at Salar: it seems you have trouble understanding these things. We all stared at the lawyer, wide-eyed, incredulous that he deigned to disrespect a witness in such blatant terms.

When everything had failed, Ballard Spahr returned to their usual tactic: stalling. All told, Danielle spent over two hours behind the witness stand, and Salar endured over three and half hours of questioning. But even amidst all the disrespect, intimidation, and stalling, we didn’t back down. We got to tell our story. We got to talk about what it’s like to work at Penn. We got our chance to have a voice in the future of our university.

If you are frustrated by the stalling and the disrespect, if you are committed to supporting us as we defend ourselves against one of the largest law firms in the United States, if you want us to keep telling our stories, please join us in signing the public pledge to vote YES for GET-UP in the upcoming election. We are fighting to exercise our legal right to a union, but we’re also also fighting for the respect we know we all deserve. 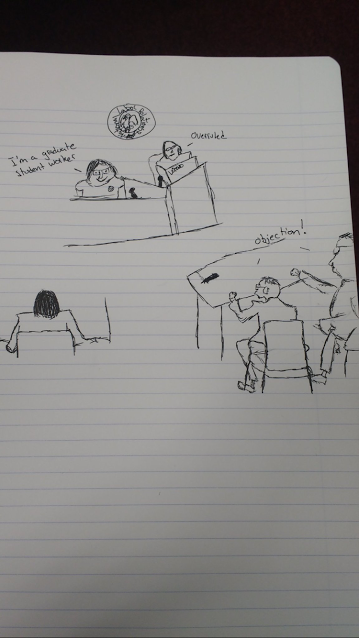