Today was the 8th day of our hearings and I wasn’t there. 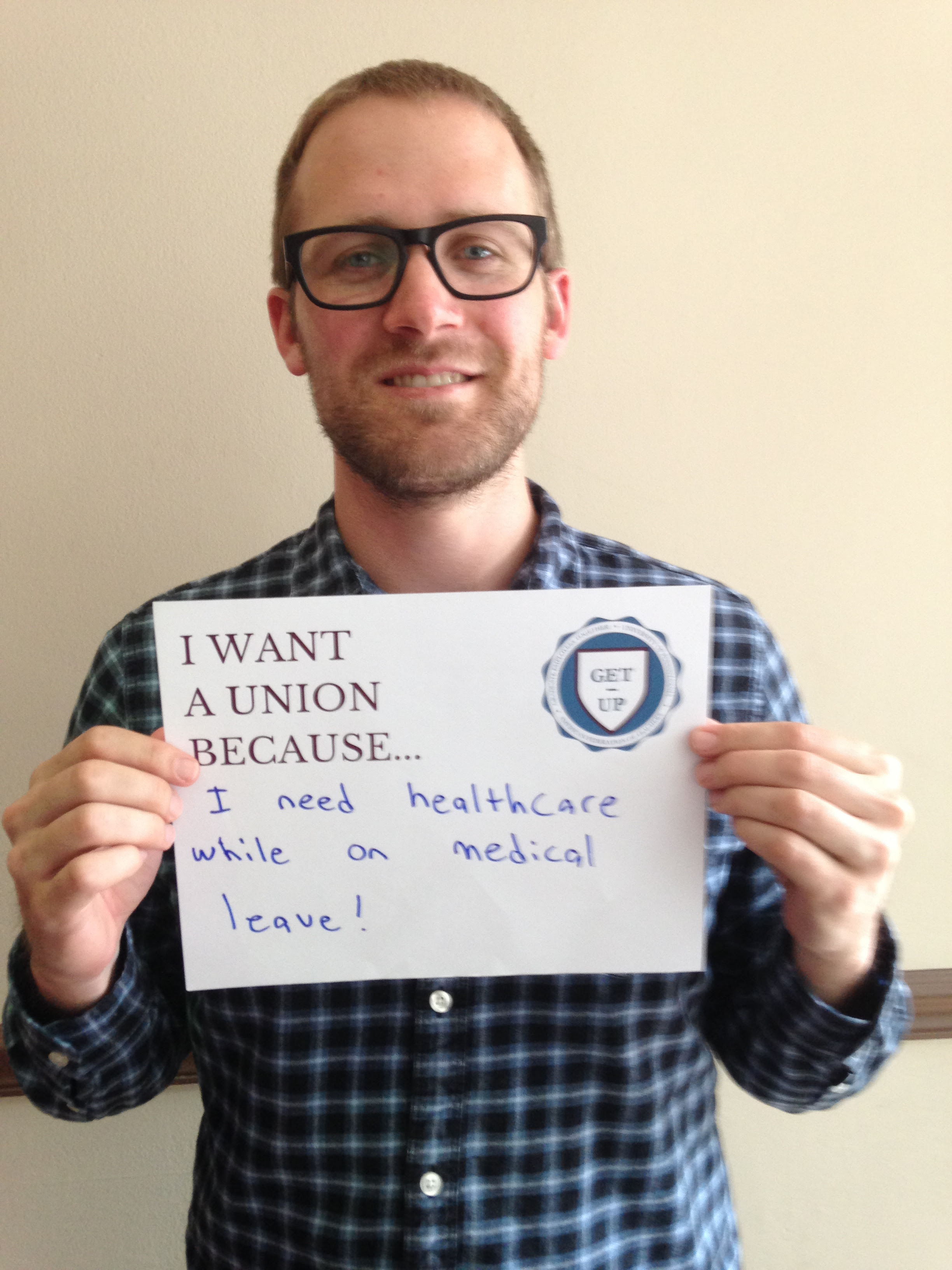 Instead, for most of the day, I was at work at Penn as a “Temporary Extra Person” — otherwise known as a Fellow at the Center for Undergraduate Research and Fellowships. Before and after though, I checked out the day’s happenings on Twitter (#UPennHearing, @GETUPgrads) and spoke with a few friends and colleagues who were able to attend.

Here’s what was of interest:

After enduring seven days of the admin’s lawyers summoning provosts, deans and professors to question whether we are even workers at all, our lawyers attempted to call an expert witness, Dr. Adrienne Eaton, to the stand. Despite being the author of one of the major empirical studies that investigates the effects of graduate student unionization and an expert on grad/faculty relations, the admin’s lawyers argued that her testimony was irrelevant to our hearing. A hard position to understand especially given President Amy Gutmann’s own scholarship on “deliberative democracy”.

Next up on the stand was GSE’s Associate Dean for Academic Affairs, Matt Hartley. The author of numerous publications promoting “civic engagement”, “diverse democracy” and “public good”, the tension was strong between his intellectual interest and the cause his words on the stand are serving. Dr. Hartley, for instance, suggested that all GSE students are funded for four years of work and study, despite the fact that this blatantly ignores the school’s full-time EdD students who are offered only two years of funding — without health insurance. Next, he stated that PhDs at GSE are never self-funded. Not sure how to square that with the two academic year fellowships that I won and which provided tuition money that I don’t normally pay to the school. Not sure how to square that with being on medical leave without pay or insurance. And not sure how to square that with my hourly wage and time sheets now that I’m finalizing my dissertation with no fellowship funding.

Of course, during the best of times, we are funded, but even then–and as the admission letters, funding letters and handbooks put on the record confirmed–we are workers! Like other grads across Penn, we are instructors of record, research assistants, and we have time sheets, all while also being graduate students.

We’re not complaining — we love our work. We just want a seat at the table along with all of our fellow colleagues as we work to further Penn’s mission and make it a better place everyday. To help us do that, I hope you’ll take a moment to sign our pledge to vote yes in our upcoming union election. Also, join us all in front of College Hall at 1 p.m on Thursday June 29 for a picnic that will hopefully celebrate the end of these hearings.