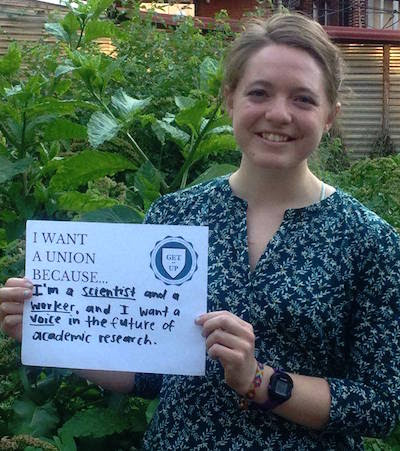 Today I live-tweeted the afternoon session of our unionization hearing. I got there right after lunch, expecting to be in all afternoon, but we ended at 1:30 after Penn had no more witnesses prepared. Needless to say, everyone was frustrated, except for Penn’s lawyers, who basically shrugged with impunity. Although Madam Hearing Officer has already admonished them about ending early, there’s not much she can do to penalize them. Penn can definitely afford to be lax about this procedure, but grads are in danger of losing our rights, and I wish they would have some respect for our urgency. Here’s what we did go over, in three witnesses called by Penn:

First we heard testimony from Kevin Turner (Mechanical Engineering & Applied Mechanics Associate Chair for Graduate Affairs); Stacey Lopez (Assistant Vice President for Institutional Research and Analysis); and Ufuoma Pela (Associate Director for Human Resources). In many ways, these witnesses reiterated a lot of the main themes we’ve heard over and over again during these hearings, centering on debates over our status as students and workers. Most notably, Stacey Lopez testified that her office reports enrollment data on grads and undergrads. She stressed how complex the system is, and how compiling a list of grads enrolled at any given time is complicated… but she also stated that payroll records are not part of her job. Penn seems to be angling to delay our election because the list of eligible voters is “too hard” to make quickly. This just seems like a weak argument, and another stall tactic.

As I left work to bike to the hearing, I was excited to be in the room for the first time and see what it’s like. Since the beginning of the hearings, I haven’t been able to make it over to 615 Chestnut St., the regional NLRB office, but every day I’ve been following along on Twitter and reading the daily email update. Despite the many, many hours of hearings so far (*rolls eyes at Penn*) there’s always been a GET-UP member in the room to make sure everyone stays informed about what’s going on. This wouldn’t be possible with just a few people, because our time and labor is valuable–we all have stuff to do! But many people contributing a little bit to our union makes the whole thing work. As I noted online earlier, Twitter is a superficial example, but it really speaks to our organization’s vision of standing up for one another. Please take a moment to show your support of this vision by signing our Vote Yes pledge.

Tomorrow, Penn grads will be testifying for GET-UP. It will mean a lot to have as much support as possible, so if you have been considering whether to make the trip to the hearing, tomorrow would be a great day to be there! It starts at 10am, but you can come at any time through the day. Also, join us all in front of College Hall at 1 p.m on Thursday June 29 for a picnic to hopefully celebrate the end of these hearings.